Yesterday I was invited to act as the moderator of a round table about women in Mixtur Festival. After the debate, some people showed me interest in Louise Otto-Peters, the 19th music critic and feminist activist (as well as Wagner supporter) I quoted in the introduction. So, I share here some materials about her. I also include some inspirational articles I’ve read to prepare this round table and you might find somehow interesting (not only about women in classical music!).

“The history of all times, and of today, especially, teaches that women will be forgotten if they forget to think about themselves”.

An amazing sentence, even more taking into account it was written a century and a half ago, isn’t it? I have learnt a lot about Otto Peters thanks to this article by Laurie McManus. Let me share just a quotation from its abstract for you to have an idea about who Louise Otto-Peters was:

«Otto’s lifelong engagement with music, including her two librettos, two essay collections on the arts, and numerous articles and feuilletons, demonstrates how one contemporary woman considered the progressive movements in music and in women’s rights to be interrelated.»

The text I proposed as an introduction to the debate was this one:

In the midst of the 21st century we are still organizing round tables to talk about women’s role as art creators. Why is it still needed? Have we been doing our homework the last decades? Are we moving forward towards normalization? Or are we verifying it’s an unresolved theme? Is there a risk of taking a step back? We are discussing it with three women that occupy prominent positions in new music creation, and also with a man, the Auditori’s new general director that is aiming that half Barcelona’s orquestra (OBC) concerts will be conducted by women in five years time.

An useful introduction to this topic is the Grove Music Online encyclopedia. «Women in music» definition offers a glimpse on how the presence of women in this field has evolved thoughout history (or herstory?). I have prepared a bunch of articles that I’ve found interesting, for different reasons (not pretending at all to offer a complete bibliography, just a personal and in a certain way random selection!):

The interviews I wuoted are published in Spanish. You can read them here and here. 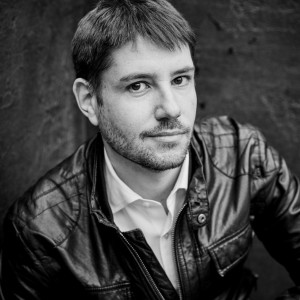